Deleting pictures sent to WhatsApp: Once deleted, the message is automatically deleted on WhatsApp. It is launched simultaneously for iPhone and Android users.

When a message arrives on WhatsApp with a feature called ‘View Once’, the image or video will be automatically deleted after the recipient opens it. According to the platform, this is part of giving users more control over the privacy of their information. One good thing about the feature is that the photos or videos are not even saved in the recipient’s photo gallery. Again, there is no option to forward it.

There are also bad aspects. It is believed that WhatsApp has only advised people to send View One messages. Because, even if the picture cannot be saved in the photo gallery, there is no obstacle to take a screenshot. It can also be recorded through a screen recorder. Even if you upload pictures from any other device, there is nothing to do.

Another thing to keep in mind here is that the View One message is valid for 14 days. That is, if it is not opened for 14 days, then it will be deleted. WhatsApp’s end-to-end protection also works on View One messages. That is, according to the organization’s commentary, no one but the recipient and the sender will see it.

Read more: Save your eyes from the computer and mobile screen. 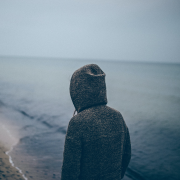 Where to buy DigiByte?